As per Joint Monitoring Programme (JMP), carried out by WHO and UNICEF as of 2010, India contributes to 58 per cent of the world’s population defecating in the open. 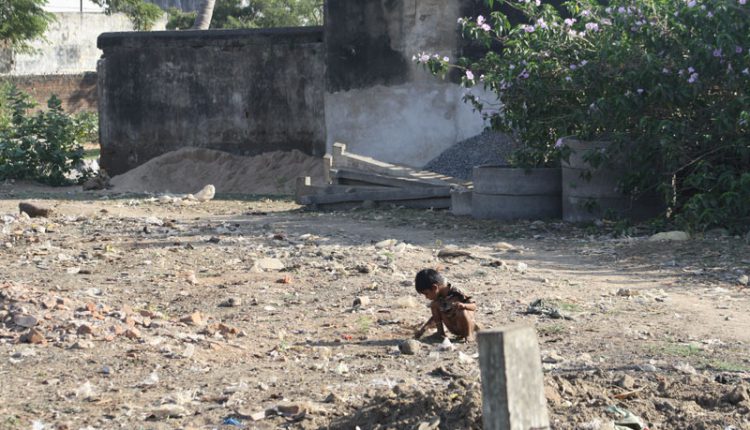 As per Joint Monitoring Programme (JMP), carried out by WHO and UNICEF as of 2010, India contributes to 58 per cent of the world’s population defecating in the open. A  political war between Congress leader Jairam Ramesh and BJP leader Narendra Modi highlighted the focus on the lack of basic toilet facilities in most parts of the country. According to World Health Organisation (WHO) and UNICEF’s joint Monitoring Programme; India loses more than 1,000 children of less than five years of age to diarrhoea everyday; 80% of such deaths are below the age of two.

The Millennium Development Goals (MDGs) enjoins upon the signatory nations to extend access to improved sanitation to at least half the urban population by 2015, and 100% access by 2025. This implies extending coverage to households with poor sanitation, and providing proper sanitation facilities in public places to make cities open defecation free.

According to a report by The Guardian, Diarrhoea is, after pneumonia, the biggest killer of children under five in the world, responsible for 800,000 deaths each year – around 2,000 children every day. Even when diarrhoea does not kill, it empties nutrients from the body which in turn, after repeated occurrences results in stunting, stopping children in their growth. Stunted children are not just shorter and thinner. They are more vulnerable to disease and their brains do not develop as they should.

Recent studies suggest a strong link between open defecation and under nutrition in India, where rates of stunting are high, despite strong economic growth. The latest estimates show that 48% of children under-five in India are stunted. Children there tend to be shorter than their sub-Saharan African counterparts, even though Indians are, on average, richer.

The scenario of availability of latrine facilities in India has improved in the 10 years between 2001 and 2011; but more than half of the nation’s households still lack toilet facilities. From as high as 78 per cent of the households without toilet facilities in Jharkhand and Odisha to 2 per cent in Lakshadweep. A large number of people defecate in the open because they cannot afford to build a toilet from their own resources.

The main reasons for large number of population in India still defecating in open are large sections of the Indian population are not convinced of the need to stop open defecation, because of lack of proper awareness about the problems associated with open defecation. Building toilets is often not a priority even for people who can afford to construct toilets and use them.

Sanitation is a major national problem in India, requiring urgent action, especially given the  rate of urbanization expected in the coming decade. India’s urban sanitation sector is presently inadequate and the situation could worsen in the coming decades unless acted upon immediately.

Poor sanitation not only affects the health of the people of the country, but also affects the development of the nation. In fact, women are most affected by the hazards of lack of proper sanitation. Slum dwellers in major metropolitan cities, residing along railway tracks, having no access to toilets or a running supply of water. The situation in urban areas in terms of scale is not as serious as in rural areas. However, what escalates the problems in urban areas is poor sewerage systems and highly congested living conditions.

In a country like India, where more than 37% people live below the poverty line, assuring basic hygiene for one and all is a major task for the Government. In India, sanitation issues begin from lack of availability of clean drinking water, to improper disposal of human and other waste. Poor sanitation is responsible for vector borne diseases like malaria and diarrhoea. In fact, the lack of sanitation is linked with both child protection and education. Most girls drop out from school because of lack of toilets in the school as they don’t feel safe going out in the open. India cannot become a developed country without ensuring that every household and every school has a toilet. It is a basic necessity which we can no longer afford to ignore if we want to have a healthy and productive life.

India has exceptionally poor sanitation: the country accounts for 60% of the incidence of open defecation. Open defecation is an immense hardship for those who have no other practical option and an important issue of human dignity. There is  striking evidence showing open defecation as a key factor explaining widespread stunting in India.

The programme should have long lasting initiatives to improve the hygiene and sanitation facilities for the most marginalised urban and rural households in India and increasing the access to clean and hygienic sanitation facilities and the knowledge particularly of girl’s health. These activities will contribute to an improved quality of life for families and their children, and provide them with the dignity and privacy they deserve.

There has been much public debate recently about why children in India are shorter than children in other places. Researchers say that sanitation is an important part of what explains variation in child height, and that the reason why sanitation explains a lot of stunting in India is precisely because it is so bad here. Improving sanitation has been shown to reduce stunting, so perhaps open defecation is the lowest.

Adding to the facts above mentioned: Indian slums are mostly ill treated in terms of sanitation as the urban development policies lacks in policy implementation in terms of sanitation in focus to children. The recent data according to census 2011 of toilets in Urban India states that open defecation has been into a major setback along with the housing issues.

The Campaign also advocates for better housing and other issues related to basic water and sanitation along with determinants like soil and air to be free from contamination and pollution which is massively caused by open defecation.

“Children growing up in urban poverty in India are living in poorest living condition. When it comes to the health issues related to child no body analyses the issues of living conditions such as open defecation and issues related to water and sanitation. It has been a demand from the networks of the campaign across India that all our Urban Governance policies must include basic rights of water and sanitation and housing as well including soil and air while implementing urban development and in focus to children. Children must be treated as major beneficiary in all government policies.” said Preeti Prada,the National Campaign Co-ordinator, Humara Bachpan, campaign that has been advocating for a safe living conditions of young children in Indian Slums.