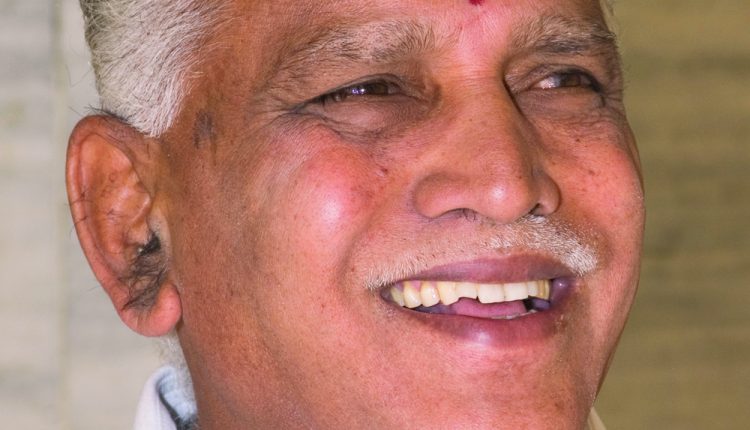 B S Yeddyuriappa is the favourite punching bag of dissidents in the state and he’s never had a dull day since he became the Chief Minister of Karnataka in July 2019 after the Congress- JD(S) coalition lost majority. The state witnessed one of the worst natural disasters in its entire history and the state was flooded in mid August  and made national and international headlines, two weeks after he assumed the mantle of the state. Later on the BJP  spent most of its time to cobble up the numbers to the by elections after sitting MLAs from Congress-JD (S) resigned and contested on BJP tickets to the  elections held in December 2019 and the BJP finally managed to get the required majority.  The year 2020 will be known as Corona year as the entire country went in lockdown on March 24 and all states got busy in containing the further spread of the pandemic. The rest of the year was listless and no major administrative changes were initiated. The state in 2021 witnessed by elections to some assembly constituencies and the Belagavi parliamentary constituency witnessed a tough fight . Elections were held on April 17, 2021 and the Belagavi Lok Sabha seat was retained by the spouse of (Late Suresh Angadi, a four-time Lok Sabha Belagavi MP and MoS Railways), the late MP because of the sympathy factor.

The state again witnessed lockdown post the by elections and continues to this date with some minor relaxations, and is in place after the counting of votes took place. But politics in the state has always made headlines, as a large number of BSY’s detractors continue to question his leadership and the firm vice-like grip wielded by his sons in the day-to-day administrative machinery of the state. There have been renewed demand for leadership change and it is difficult to decode whether it’s for real or to distract the common man’s short-lived attention span? There are rumblings galore, but nothing seems to move and at times it looks like a carefully orchestrated move to keep BSY in check, or to contain him so that he does not have the last laugh. But either ways the problems of the common man are forgotten by the ruling party and the government  as the BJP continues to play their petty political games even during a raging pandemic.

The script to remove BSY as the CM has been playing for far too long and in the end nothing really happens. A handful of MLAs miffed with his leadership,  travel to New Delhi and lay bare their grievances before the central leadership and after a brief stay in the national capital, they are back in the state and continue issuing controversial statements. Then the people in charge intervene after controversial statements have been made (about an explosive CD on Karnataka Chief Minister) and things go quiet again. Then the state in charge admonishes the leaders who cast aspersions on the leadership of the Chief Minister. A chorus begins, where both the state and central leaders make statements on how BS Yeddyurappa is the tallest leader in the state and he is will continue to lead the state even in the next assembly elections whenever due?

To add up to the confusion BSY issued another statement that he’s at the mercy of the central leadership and will continue in the CM’s post as long as they want and ready to go whenever they ask him. Things go all quiet  on the political front again, is this a ploy to hide the failures of the ruling party in containing the pandemic or is it real can only be speculated at best?  But the larger question remains unanswered as there many aspirants for the CM’s chair from every community, but does the party really have an alternative candidate, who is capable enough in leading the state and taking all rival factions together remains unknown?