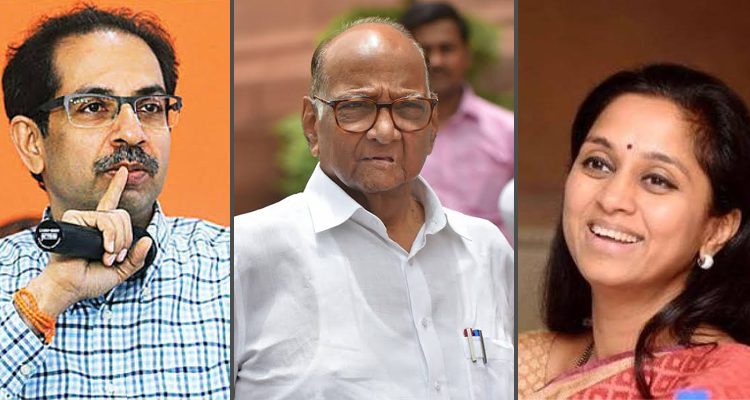 The Chief Minister of Maharashtra  Uddhav Thackeray  is now stable in his chair after being elected as a member of legislative council and fulfilling the established constitutional norms. Uddhav’s assurance to his late father and Shiv Sena (SS) chief Balasaheb Thackeray that a Shiv Sainik would  become chief minister in the near future finally came true. The three parties Congress, NCP and Shiv Sena  came together after stitching an alliance and Uddhav realised his dream in becoming the 19th Chief Minister of Maharashtra.

The BJP and SS were adamant over the Chief Minister’s post and they parted ways and ended their long term partnership. Sharad Pawar and Uddhav Thackeray were unhappy over the functioning style of Fadanvis and wanted the BJP to change their Chief Ministerial candidate. The BJP high-command in Delhi did not reverse their decision and stood behind Fadanvis. Later on the three parties came together and formed the Government in the state.

Uddhav Thackeray became Chief Minister on  November 28, 2019 with the support of Nationalist Congress Party(NCP), the Congress, other smaller parties and some independent MLAs. After great efforts and out manoeuvring the saffron party, with the final tally of the Shiv Sena with 56, NCP 54 and Congress 44 MLAs respectively in the assembly, Uddhav finally got the coveted post. In the 2019 election, the Congress and NCP and some smaller parties jointly fought elections against the BJP-SS alliance.

There has been no woman Chief Minister in Maharashtra till date. When the BJP was in power in the state, Mrs. Pankaja Munde had openly stated her ambition to become the Chief Minister of Maharashtra. She is on record known to have said on numerous occasions that she was the Chief Minister in the minds of the people. She was sidelined by Fadanvis after her name came in the chikki corruption case. She lost the election in 2019 from Renapur assembly constituency in spite of the Prime Minister Narendra Modi and then BJP Chief Amit Shah campaigning for her.

The BJP Maharashtra Chief Chandrakant ‘Dada’ Patil some days back said that, “BJP workers from Baramati Loksabha constituency must be ready for bye poll“ and has given indications about the politics in the state. Mrs. Supriya Sule, daughter of NCP chief Sharad Pawar, is a Lok Sabha MP from Baramati and Patil also added that Supriya Sule may be the frontrunner for the Chief Minister’s post from the NCP. After Uddhav Thackeray’s dream came true in becoming the CM, it is now the turn of Sharad Pawar to realise his dream as he wants his daughter to become the first woman Chief Minister of Maharashtra is yet to come true. The three parties came in an alliance without any written agreement and that Uddhav Thackeray would hold the post for the first half term and then a member from the NCP would hold the post for the remainder of the term.

In the 2004 assembly election, NCP was the single largest party in the state. Ajit Pawar was to become Chief Minister but Shard Pawar got three more ministries from the Congress and handed over Chief Minister’s post to them. Some political drama happened and instead of Sushilkumar Shinde, late Vilasrao Deshmukh became the then Chief Minister and Shinde was made the Governor of Andhra Pradesh. Sharad Pawar does not want his nephew Ajit Pawar to become the Chief Minister. Ajit Pawar commanded up to 30 MLAs but his first attempt of rebellion in the party was not successful when he became Deputy Chief Minister (DCM) in the short lived Fadanvis Government.

There are rumours doing the rounds in the NCP and some other circles that Supriya Sule is expected  to become the Chief Minister during Diwali. Within the Shiv Sena, Subhash Desai and Eknath Shinde are also known to be harbour ambitious in becoming the chief minister and both Ajit Pawar and Supriya Sule’s are also eyeing the same. The option now with the Congress party is that they be a part of the Government or withdraw support as the three parties formed an alliance to keep the BJP out of power in Maharashtra.

In the present situation BJP wants to destabilize the state Government on mishandling the Covid-19 situation. In Mumbai, Pune, Aurangabad, Nagpur, Sangli and some other parts of Maharashtra, a large number of Covid-19 cases are coming to light daily. The government has not failed in properly handling the situation in Mumbai and Pune and a negative campaign being carried out by the BJP in the state.

Home Minister Amit Shah “said that we are not in favour of imposing President’s rule in Maharashtra” and only Narayan Rane demanded the same. In a virtual rally, Defense Minister Rajnath Singh said that the ruling alliance should come together and run the government smoothly. His remark made after former Congress President Rahul Gandhi’s remarks that “we support the Government but do not take policy decisions” and added that Rahul Gandhi is also unhappy with the Maharashtra Government.

How long the Sena Chief Minister and his government would continue  is left to Sharad Pawar. NCP and Congress were under the impression that they would not enjoy power because the BJP-SS were enjoying power before the state went to the polls in 2019. Sharad Pawar’s political sagacity was in play again when he sent out a message to the BJP to form the Government in the state with the Shiv Sena and smartly worked out and an alliance. To the Congress, the communal Shiv Sena has now become  secular.