Agriculture plays an important role in the Indian economy. More than half of India’s population is directly dependent on agriculture and around 50 per cent of national income is generated from it. 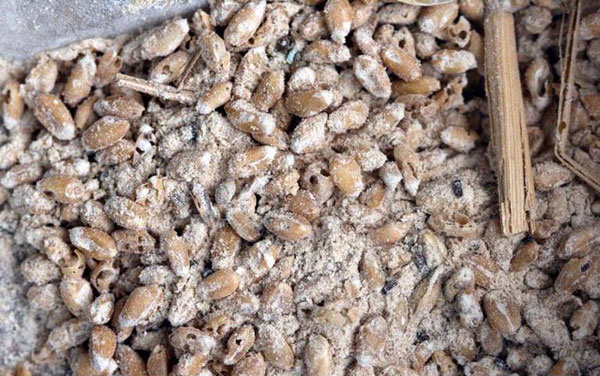 The Role of Agriculture in the Indian economy:

Agriculture plays an important role in the Indian economy. More than half of India’s population is directly dependent on agriculture and around 50 per cent of national income is generated from it. Although, India may no longer be considered an agrarian society as it has made reasonably great strides in other sectors such as: automobile, manufacturing, information technology etc, which also have a significant contribution to the economy. But agriculture plays a unique role for India’s growth and development. Hence, working for agricultural development is a continuing process to increase productivity to feed the ever growing population while the land mass is depleting.

Post the green revolution era, India has succeeded in achieving surplus food grain production (roughly 250 million tonnes in the year 2011 -12). But one can conclude that the level of production has not been consistent owing to erratic rains, vagaries of nature and natural calamities. Having achieved self sufficiency in food production, the buffer stock comes handy in the event of famine. Reasons for inconsistent food grain productions can be attributed to depleting ground water level which affects irrigation, inefficient land use management, river disputes between states, acute shortage of agriculture labours and poor storage facilities to store food grains, and vegetables and fruits.

Of the several aforementioned issues that the agriculture sector is facing; by far the storage of food grains and horticulture crops is a major one, mainly because thousands of tonnes of food grains, fruits and vegetables are lost in storage or in transit.

Experts mention that around 1400 tonnes of food grain is rendered unusable because of insufficient storage facilities and some reports indicate that 13% of the gross domestic product (GDP) is wasted each year because of the wastage of food grains. In the year 2011, the Supreme Court of India ordered the government to distribute food grains to the hungry and needy and thanks to media reports that highlighted the poor infrastructure in storing of food grains at the government run stockyards. This shows the enormity of the problem.

To produce one unit of food grain, hard labour and money are a must apart from using large amount of natural resources such as water, manure etc. It is roughly estimated that about 15 million tons of wheat is left to rot, unused and eventually thrown away. There are two reasons that attribute to this problem. Firstly, it is poor quality storage facility; especially the lack of grain silos and secondly, it is poor transport infrastructure or food grain supply chain system.  If this being the case for wheat and paddy which are staple crops and not perishable, one can imagine the state of perishable vegetables, fruits and flowers. The former vice chancellor of Agriculture University, Dharwad, Prof Jagadeesh H. Kulkarni has the following to say “Food grain storage is a major issue in India, especially vegetables and fruits  and it needs to be addressed from the grass root level and needs of the small and marginal farmers has to be taken care of”. The initiative of Warehousing Development and Regulatory Authority (WDRA) is a welcome move of the government of India.

Now the question is does India have amenities to store the surplus food grains? The answer is no. It has facilities for major (wheat, paddy, millets and pulses) food grain storage, which does not seem to be adequate and further adding to this woe is inefficient supply-chain system. Allowing Foreign Direct Investment (FDI) in multi-brand and single brand retail investment will improve infrastructure and food grain logistic chain is what the government hopes to achieve, but there are arguments to this opinion.

Of the total food grain production around 70 million tons of food grains remains as the buffer stock where the facilities available to store in India are for about 60 million tons. That means to say that nearly 10 million tons of food grains does not have storage space.  This is the reason why they are seen stacked outside the warehouses or makeshift space covered with polyethylene bags making them vulnerable to rodents, birds, humidity, rain and attack from pests. They eventually get rotted in the stockyard for having rendered them to be poor in quality for consumption.

Some officials and a few farmers at the agriculture and horticulture produce market yard had to say that, “nearly 20 to 30 per cent of the produce (mainly vegetables and fruits) are wasted for non availability of refrigerated transport and storage facility”. Farmers also complain about poor management, corruption and official apathy. Small and medium farmers are hard hit as they produce from less landholding and for whom agriculture is the primary source of livelihood.

Warehousing Development and Regulatory Authority (WDRA) which is a department of Food and Public Distribution (FPD), Government of India has initiated to have the non-governmental warehouses and farmers registered with WDRA for scientific storage of agriculture commodities. If this system comes in to place and uniformly applied, it will impact the food grain storage on a large scale in India; while minimizing the losses during storage and will help maintain quality. WDRA has notified 115 agricultural and 26 horticultural commodities which can be stored and insured. The farmers may store their produce to avoid distress sale and realise better sale price at the appropriate time. This scheme also provides an opportunity for farmers to avail loan against the commodities stored and has a facility to insure their commodity.

This scheme is workable and will boost the rural economy and most of all it will benefit small and medium farmers who have always been at the receiving end, and post harvest it is the middlemen who makes nearly three times the money than the farmer. The middlemen hoarding stocks in their godowns is a serious cause of concern for food inflation and the macro economy. The onion shortage in Delhi during the time of Diwali in year 2013, when the hoarders had a gala time at the expense of the common man.

In addition to some food grains most of the fruits and vegetables are perishable commodities. After the harvest they need to be immediately transported to the market or stored scientifically to minimize the damage. If the initiative of WDRA becomes effective at the grass root level then it is more likely to contribute to maintaining productivity and offset the loss in the event of reduced productivity.

The scheme is workable from the government and farmers perspective and have a positive impact on the economy in general and benefit the rural areas. But the larger question is how effectively it will be implemented and what are the issues that need to be addressed for effective implementation?

Farmers must be made aware of the government initiatives through informative meetings, held in the gram sabhas and village panchayats. Effective campaigning is a must in educating the farmers to understand the  benefits of the program and making the scheme a successful one. Illiterate farmers who are not aware need to be identified through progressive farmers and brought into the mainstream. It is a win-win situation for the government. Hence, the officers involved must not only be committed to this job but also be impartial among the different categories of farmers. Let us hope this program does not become the one that is effective on paper and poor in practice.

(The author is agriculture, natural resources management and education consultant based in Dharwad, Karnataka).