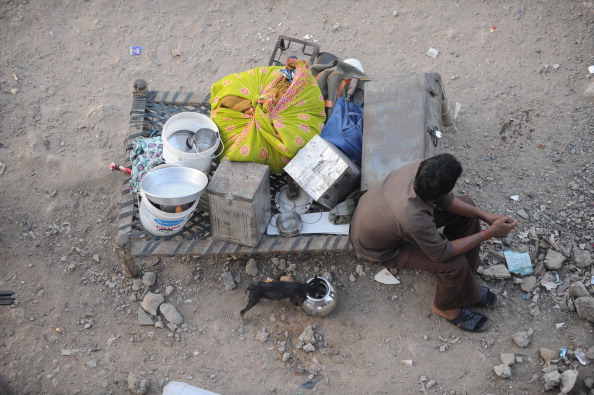 What caught the  attention of the nation was the images of thousands of migrants desperately seeking to return home within days of the  announcement by Prime Minister Narendra Modi of a nationwide  lockdown to tackle the rapidly growing COVID 19 pandemic in the country.

The thousands of migrants  travelling home with families desperately trying for any mode of transport to reach home would indeed remain etched in memory. As many of the migrants said “we will die if we are destined to die either due to the pandemic or due to hunger and lack of money.”

This brings to the  forefront what the  Director-General of the International Labour Organization, Guy Ryder, in his opening remarks of the 2014 International Labour Conference, had said that while migration had the potential to considerably contribute to development, it posed not only a major policy challenge but also continued to be associated with the unacceptable treatment of some of the most vulnerable people in the labour market.
Migration is not a new phenomenon in India, but the realisation of the magnitude of dependence on the migrant workforce in the development process is certainly new for many.

The development model of the country depended heavily on a precarious workforce that circulates between underdeveloped regions and the urban informal sector, industrial zones and middle-class homes.

A significant chunk of workers are interstate migrants. They come from poor, historically disadvantaged castes and classes and work outside suffocating agrarian relations of serfdom and indebtedness, patriarchal norms and stagnant wages in the countryside.

But these migrant men and women are adversely incorporated into urban and industrial economies — they work low-paying jobs, do not have formal contracts and are outside the reach of the law.

They provide critical labour that sustains India’s economy, but remain on the margins.

The lockdown  led to the  loss of livelihood resulting in a migrant exodus, which has been compared to the great migration during Partition.

According to the 2011 Census, India has 454 million migrants, out of whom only 54 million are interstate migrants.

Considering the rapid growth in export industries such as textiles and other domestic industries over the last decade, these industries have been key sectors that provide employment to migrants with few formal qualifications.

The textile and garment industry employed 119 million workers in 2015 at a time when its market value was $108.5 billion. Given that the industry is on a growth trajectory with a projected market share of $223 billion by 2021 and the trends point towards outsourcing, piece rate and informalisation, it is likely that the numbers of workers would have doubled and most of them would be in the informal sector.

According to studies of Tiruppur in Tamil Nadu  and the National Capital Region clusters show that 70-100 per cent workers are interstate migrants from Bihar, Uttar Pradesh and other poor states, while the Bengaluru cluster employs mainly intrastate migrants. Thus, one can conservatively assume that at least 100 million migrants work in this sector.

Another sector which employs massive migrant labour force  is the construction industry which employs around 60 million workers, mainly migrants working as carpenters, masons and plumbers. Add to this the growing number of migrant female domestic workers coming from impoverished parts of Jharkhand, West Bengal and Chhattisgarh to work in middle-class homes in Delhi, Mumbai, Hyderabad and other cities.

According to International Labour Organization estimates, there are 20-90 million domestic workers in India. If we take an average of the two and assume that at least half are migrants, the estimate is roughly 27.2 million.

Other significant employers of circular migrants are brick kilns, which has 23 million workers, according to Anti-Slavery International, an international  non-profit. This is followed by small scale mines (12 million); street vendors (10 million); rickshaw pullers (10 million); and gem polishers and cutters (1.5 million).

These numbers add up to 243 million and would be higher if we were to include other significant sub-sectors, including fisheries and seafood processing, footwear, ceramics and leatherwork.

These are numbers but what is of primary concern in this case where so many thousands were forced to make their way home thousands of miles away from their work place was the fact that the lockdown was imposed without a thought to workers who lost their livelihoods and accommodation overnight.

This crisis erupted due to the interconnected problem of inaccurate data and because a majority were disenfranchised migrants belonging to lower caste and poor. It was only after their plight became visible and there was public outcry that action was taken.

The relief package of Rs 3,500 crore to feed stranded migrants and Shramik trains to take them home, have failed to reach a majority of migrants who lack of documents such as Aadhaar cards or registration under the Interstate Migrant Workmen Act.

What is indeed sad and the truth is that migrants have lost faith in the city and many have vowed to not return. Even though migrants are extolled for their tenacity in the face of adversity, few will forget the humiliation of being abandoned in the time of need. Many do not even know who their bosses are due to multiple layers of subcontracting.

The arrogance and indifference to the plight of poor, lower caste and uneducated labouring classes continues and is manifest even in the relief measures provided — there have been reports of Shramik trains not providing food or water to their passengers in a dignified manner.

Till date, only five million workers have been sent home on these trains and many more are waiting to go home. What is shocking is that there are people who are taking advantage of the gap in services, an industry of dalals has sprung up and it charges Rs 3,000 or more to take them home. Here, too, those without the means are being left behind.

The response of the authorities to this has been to take migrants off unauthorised vehicles and place them in detention centres. Migrants continue to travel on foot, tempos, buses and other means, often at night to evade detection. They have been criminalised in their own country.

It may not be too late for the government to amend its approach and offer rapid assistance on a humanitarian basis without insisting on documentation. Help could be offered on the basis of community validation — numerous good citizens and civil society organisations who are offering help on the ground could be asked to help the authorities to identify who should be given assistance.

Finally, serious steps must be taken to provide migrant workers with greater security at destination including insurance against loss of pay due to shocks such as the COVID-19 pandemic, regardless of proof of identity and domicile.