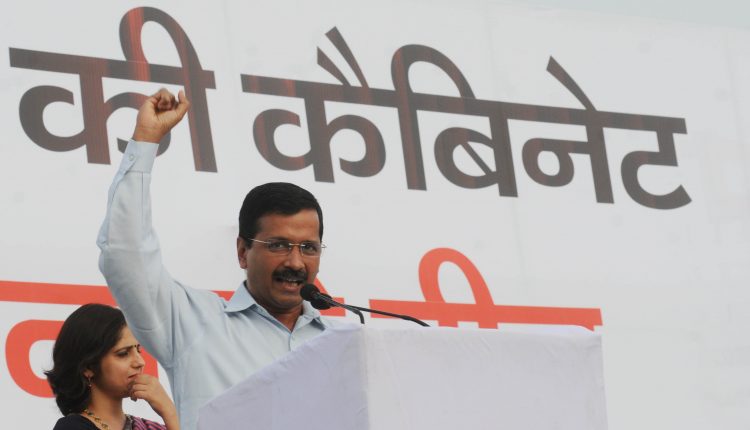 After the elections of Jharkhand in December 2019; Delhi goes to polls in February 2020 and will be the first election in the newyear. Delhi’s current Chief Minister Arvind Kejriwal will fight the election to retain power and the BJP will go all out to unsettle him and get Delhi under their suzerainty. But the election will be a pitched fight as both the parties will leave no stone unturned in the battle of wits and political upmanship. Kejriwal is up against the high and mighty of the BJP including the Modi-Shah duo and ably assisted by an army of die-hard bhakts. The BJP has nothing too show and account for and is trying to prove to the voters of Delhi, that there was no real development in the last five years during AAP’s rule.

But Arvind Kejriwal, is an opponent and a politician who definitely knows how to put up a fight and lead his party to victory. The BJP has all the seven Lok Sabha MPs in its kitty and everything it can dream off. But Kejriwal commands the respect of the masses because of his good governance and his track record of delivering to the promises he made. The voters have been pampered by the freebies like free power, bus rides for women, marshals in DTC buses, and mohalla clinics and improving the quality of life of Delhites since 2015. All the development activities of the AAP will figure in the minds of the voters, and the party (AAP) too will remind the public of what they have done.

The entire country witnessed huge protests and violence against the BJP in the wake of anti CAA and NRC in December and the Delhi voter has also been deeply affected and influenced by it, as there were protests in parts of old Delhi and the peaceful protests by the women of Shaheen Bagh in the chilly winter is sending a strong message to the people. The Delhi elections will be the first in the new year to go to polls post the anti CAA-NRC violence, and this will influence the choices and the voting pattern of the common man in Delhi. In spite of the AAP staying away from anti CAA protests, they have been painted with the same brush, where the BJP blamed them and the Congress party in instigating violence and protests in the national capital.

If the AAP and BJP are pitched evenly, then there also is the INC (Congress party) and no elections are complete without them. They may not add to the spice of the rhetoric and the verbal spats as being witnessed between the AAP and BJP, but they too will play a role in the Delhi elections. The poster wars, social media battles and cheeky replies on ‘Twitter’, will keep the voters and political analysts and the large number of influential non voters in Delhi-NCR to the edge of their seats and language is bound to get more vicious and vitriolic as the elections near.