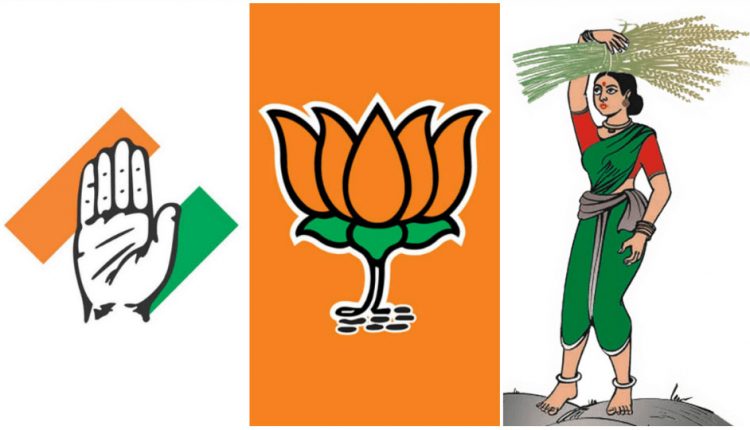 The state of Karnataka has an uncanny way of being in the political limelight be it in the state or in the centre. The state has earned another chance to live up to the reputation as being as one of the most sought after state in the game of political arithmetic and calculations. The state post the general elections in May 2019, where the BJP clean swept the state winning a total of 25 Lok Sabha seats out of 28, has witnessed political upheaval. Post the results in May 2019, the southern state has been making national headlines for the past six months. The state saw the exodus of 17 MLAs from the Congress-JD (S) alliance making a beeline to the BJP, after seeing the direction of the prevailing wind. This led to the fall of the HD Kumaraswamy government and a new government formed by the BJP under its strongman and current Chief Minister, B. S. Yeddyurappa in July 2019. The MLAs who rebelled and supported the BJP, went through harrowing time and now after the Supreme Court verdict, there is finally a semblance of sanity in the state. The disqualified MLAs have thrown in their lot with the saffron party and are now trying their luck under the BJP flag to re-enter the Vidhana Soudha after they were disqualified by the Speaker KR Ramesh Kumar in July 2019. A total of 15 assembly seats will go to the polls on December 05, 2019.

But the activities of the disqualified MLAs have caused great heartburn and the alliance of Congress-JD(S) though now separated are leaving no stone unturned to defeat the MLAs who brought down their alliance and secured the political fortunes of the BJP for the remainder of the term. All lines have been blurred and the elections are turning towards settling scores and teaching the turncoats a lesson, no matter what the cost? The Congress under former Chief Minister Siddaramaiah has upped the ante and he never misses a chance to mock the MLAs who left their party and have necessitated elections once again. The JD(S) too under former Chief Minister HD Kumaraswamy, is also in the fray and has no alliance with the Congress party and the two parties have their sights trained on the candidates who have shifted side to the BJP. The Congress- JD(S) love story is over but the villains are the turncoats and defeating them has become their sore political agenda.

But the BJP both in the centre and the state has all the organisations behind them and Chief Minister BS Yeddyurappa, along with his party men, went out of the way in welcoming the disqualified MLAs in the saffron fold and they (disqualified MLAs) have been recipients of the party’s largesse and the ruling BJP has made it a one-point agenda to win all the seats and they have to win at least six  out of the 15 seats for the government to survive.