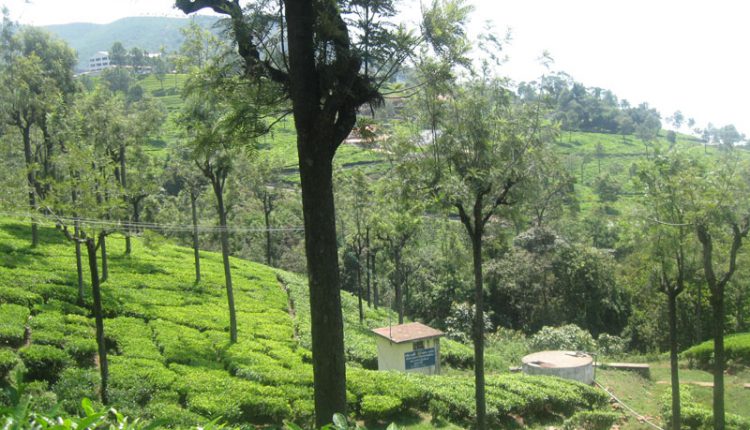 Western Ghats is an Indian lifeline.

Western Ghats is spread across Kerala, Karnataka, Tamil Nadu, Goa, Maharashtra and Gujarat states of India. The Ghats begin their journey in Kanyakumari and run all the way to Tapti River, the Satpura range of Gujarat. The range stretches about 1500 km in length to the south west of India and spreads across land mass area of approximately 1.6 lakh sqkm. Western Ghats are also known as Sahyadri hills.

Western Ghats is known for dense evergreen forests, scrub jungles, grasslands (along the lower altitude). Certain areas of forests are so dense that canopy cover spreads itself over such a vast area that one can hardly see the sunrays touching down the earth.  This complex topography along with heavy rainfall makes certain areas of Western Ghats inaccessible, but, fortunately, it is also one of the main reasons that in these areas biodiversity is retained.

Some of the major direct benefits of Western Ghats include drinking water as well as water for irrigation and industries available through the many rivers that flow across six states. These Western Ghats can in a way be considered the backbone of south Indian economy.

In addition there are other hundreds of indirect benefits to mankind. The vast green cover reduces the effect of green house gases by absorbing carbon. Less carbon in the atmosphere means a better quality of air and in turn provides a better quality of life for both human and animal life.

When it comes to beauty of nature the Western Ghats is a heaven on earth. It is a gift of god to mankind. People who have been the inhabitants of Western Ghats’ regions worship the forests and they treat certain areas of forests as Devarakans; forest reserved for gods and their likes. This clearly illustrates mans’ respect for Mother Nature, and through the ages man has acquired a through knowledge of the benefits of living and working in harmony with nature.

According to experts Western Ghats is more than 100 million years old. Our ancestors, hunter gatherers, had the knowledge of sustainable use of forest produce such as fruits, timber, medicinal plants etc. They never over harvested anything and never harmed the nature. They were totally in harmony with nature. Thanks to their prudence Western Ghats is still here to serve mankind.

Experts opine that in the name of development and urbanization there has been serious damage to Western Ghats’ flora and fauna since the last 4-5 decades. There has been extensive destruction of forests even in the most ecologically considered sensitive zones of Western Ghats. Some reports say that nearly 25-30 percent vegetation is lost in this region since the last 50 years. Since the last two decades because of loss of vegetation there has been decline in rainfall of up to twenty percent. Even these days certain regions of Western Ghats experience as high as 800 cm of rain fall. People who are non timber forest produce (NTFP) gatherers live in this region claim that amount of rainfall has been on the decline and its erratic behavior over the past decade is primarily due to the loss of vegetation and anthropogenic (man induced) causes.

According to experts some of the main causes for loss of vegetation and animal life is deforestation through the encroachment of forest land, quarrying, mining, sand mining, tourism, hydro-electric power plants, poaching among others. Because of these reasons there has been decline in population of species endemic (locally adapted) to this region and some reports say that certain species are on the verge of extinction.

As Western Ghats is spread over six states of India and issues mentioned above are specific to all the states, however the gravity of problems vary from state to state. Certain regions of Western Ghats are ecologically more sensitive and significant than other regions. For instance the Nilgiris (Tamil Nadu) eco-zone is different from that of the dense evergreen forests of North Canara (Karnataka) eco-zone, hence the variation in issues from region to region.

In March 2010 in an attempt to find a common approach to address the issues impacting these regions the Ministry of Environment and Forest (MoEF) set up an expert panel under the chairmanship of Prof Madhav Gadgil.

Prof Madahav Gadgil is a Harvard Alumnus, Padma Bhushan awardee and the founder of Centre for Ecological Sciences, Indian Institute of Science, (IISc), Bangalore. His work reports have become popularly known as Gadgil’s report among the people in Western Ghats.

The Prof Gadgil’s panel was primarily assigned to identify and assess the ecologically most sensitive zones and the probable measures needed to protect, conserve, manage and improve the habitats of Western Ghats. The committee was also asked to provide a framework to establish Western Ghats Ecology Authority (WGEA) under the Environment Protection Act 1986. Western Ghats Ecology Authority’s primary objectives are to ensure that Western Ghats’ regions are not only professionally managed but also to ensure sustainable development of different ecological zones which is amicable to all the stakeholders.

After doing an extensive field visits to obtain inputs from different government agencies, NGOs, technical experts, forest dwellers and local people, in August 2011, after 15 months, the Panel submitted its report.

What the report says?

There are many speculative reasons why this is so, but, it would be encouraging to believe that the state governments may wish to re-visit the report in order to gain deeper understanding  of both short-term and long-term benefits of conserving such rich natural resources.

In August 2012 Ministry of Environment and Forest (MoEF) then set up another committee headed by Dr Kasturirangan a former director of ISRO and member of planning commission. This panel was asked to re-visit Prof. Gadgil’s report and modify where necessary. Accordingly this working group came up with the following findings and changes.

The Western Ghats is spread over 1,64,280 sq km and this working group preferred to divide the area in to two categories; one that is inhabited by people (cultural landscape) and the other a natural forest zone (natural landscape). This group suggested 37 percent area of the Western Ghats’ regions be considered ecologically sensitive (ESAs) as against 67 percent recommended by Prof. Gadgil panel.

The 37 percent of the forest zone demarcated by Dr. Kasturirangan panel as Ecologically Sensitive Areas (ESAs) included national parks, wildlife sanctuaries and elephant corridors, which have already been under protection and they cover about 10 per cent of the 37 percent ESAs. That means Dr. Kasturirangan’s findings actually leave only the remaining 27 (which is about 60,000 sq km) percent of the area is ecologically sensitive and that needs to be protected.

One of the other major recommendations of the working group is that activities considered ecologically sensitive such as quarrying, sand mining and other such activities to which the permission has already been granted be closed within five years. And any further permission to be granted for such activities in ESAs to be totally banned, especially the ones which are listed as red-category industries. There are about 45 red-category industries as listed by the government; leather industry, hydroelectric plants, and fertilizer industries are some of those figure in the list.

It was rumoured among the farming community that recommendations of the reports are against their interests and they will be moved out of their place of living. Locals, especially farmers, feared and believed that the rumors to be true and did some agitation. In actuality both panel reports made no reference to such action. Farmers and those who dwell in forests need not fear at all as neither report recommended anything against their interests.

General objections to Dr. Kasturirangan’s report by people and environmentalists;

If governments yield to the protests and not implement the recommendations given in these reports then the day is not far where we shall see rivers drying up and mankind die of thirst and hunger.  The forests of these Western Ghats are the primary sources of the rivers which give us life.