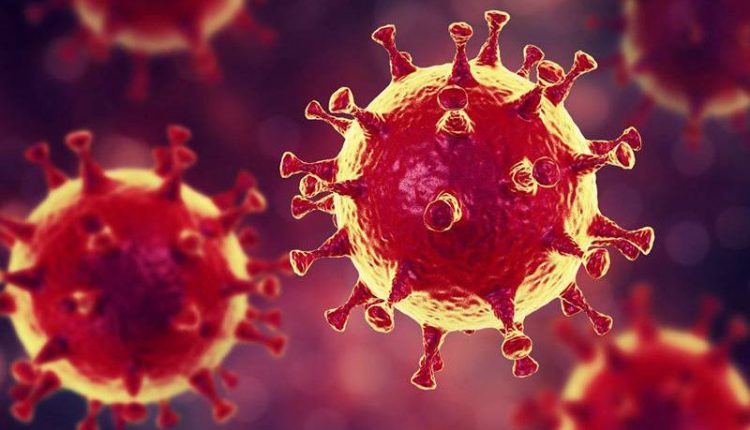 With sport playing a major role in the economic and social development of individuals and having become a big industry valued at US$756 billion, it has indeed taken a big hit due to the COVID-19 pandemic.

Its role is well recognized by Governments, including in the Political Declaration of the 2030 Agenda, which reflects on “the contribution sports make to the empowerment of women and of young people, individuals and communities, as well as to health, education and social inclusion objectives.”

The pandemic has indeed impacted severely the sports arena as, most major sporting events at international, regional and national levels have been cancelled or postponed – from marathons to football tournaments, athletics championships to basketball games, handball to ice hockey, rugby, cricket, sailing, skiing, weightlifting to wrestling and more.

But what is indeed of significance is the postponement of 2020 Olympics scheduled to have been held in Tokyo in August making it the first time in modern times that Olympics has been postponed as also the Paralympics, for the first time in the history of the modern games, to 2021.

The estimated loss due to the postponement of the Olympic Games has been put at 4.5 trillion Yen for it which includes the various other economic fall out of the Games like tourism, sale of tickets, souvenirs.

In the face of COVID-19, many millions of jobs are therefore at risk globally, not only for sports professionals but also for those in related retail and sporting services industries connected with leagues and events, which include travel, tourism, infrastructure, transportation, catering and media broadcasting, among others. Professional athletes are also under pressure to reschedule their training, while trying to stay fit at home, and they risk losing professional sponsors who may not support them as initially agreed.

However, major sporting organisations have shown their solidarity with efforts to reduce the spread of the virus. For example, FIFA has teamed up with the World Health Organisation (WHO) and launched a ‘Pass the message to kick out coronavirus’ campaign led by well-known football players in 13 languages, calling on people to follow five key steps to stop the spread of the disease focused on hand washing, coughing etiquette, not touching one’s face, physical distance and staying home if feeling unwell.

Other international sport for development and peace organizations have come together to support one another in solidarity during this time, for example, through periodic online community discussions to share challenges and issues.

The closure of education institutions around the world due to COVID-19 has also impacted the sports education sector, which is comprised of a broad range of stakeholders, including national ministries and local authorities, public and private education institutions, sports organizations and athletes, NGOs and the business community, teachers, scholars and coaches, parents and, first and foremost, the – mostly young – learners. While this community has been severely impacted by the current crisis, it can also be a key contributor to solutions to contain and overcome it, as well as in promoting rights and values in times of social distancing.

As the world begins to recover from COVID-19, there will be significant issues to be addressed to ensure the safety of sporting events at all levels and the well-being of sporting organizations.

The  outbreak of COVID-19 has resulted in closure of gyms, stadiums, pools, dance and fitness studios, physiotherapy centres, parks and playgrounds. Many individuals are therefore not able to actively participate in their regular individual or group sporting or physical activities outside of their homes. Under such conditions, many tend to be less physically active, have longer screen time, irregular sleep patterns as well as worse diets, resulting in weight gain and loss of physical fitness. Low-income families are especially vulnerable to negative effects of stay at home rules as they tend to have sub-standard accommodations and more confined spaces, making it difficult to engage in physical exercise.

The WHO recommends 150 minutes of moderate-intensity or 75 minutes of vigorous-intensity physical activity per week.

Sport education is a powerful means to foster physical fitness, mental well-being, as well as social attitudes and behaviour while populations are locked down.

Some sports will be hit harder than others. The economic structure of international cricket is likely to change, with lower-ranked nations facing a crunch in funds. Some less popular sports, like hockey, stare at an uncertain future.

“The key revenue generation for sports bodies is through licensing of television broadcast rights. With the stoppage in sporting events, it is likely that most sporting bodies will face financial hits. Indian cricket could be relatively better placed. Smaller countries like West Indies, Bangladesh and Sri Lanka could face challenges if their respective media contracts are not renewed,” said Manish Desai, partner in Deloitte India. Desai said sports other than cricket might find it harder to return to normal in India, because they do not have as deep financial pockets.

Cricket is likely to see a return of the Big 3 revenue-sharing model, with the lion’s share going to India, England and Australia, a financial model originally devised to tide over the 2008 recession.

Veteran South African administrator and former ICC chief executive Haroon Lorgat had said that this would mean a “battle for survival for weaker nations”. “Without enough cash flow, some nations might even struggle to meet basic expenditure and unless they are provided with support, there could be some casualties.”

However, Deloitte’s Desai said there was no cause for alarm bells just yet. “The ICC could potentially assist low ranked countries to get on their feet once the crisis is over. We will have to carry some of us through this,” he said.

Even the richest cricket boards are bracing for big losses. Cricket Australia stands to lose $174 million should the coronavirus outbreak derail the high-profile home Test series against India later this year. It now remains to be seen if India will play an extended series instead. There’s also the potential cancellation of the World T20 tournament.

The cancellation of the IPL will cost the BCCI, the tournament’s broadcasters and the franchises at least Rs 3,000 crore. “All IPL franchises combined hire around 600 people, which includes freelancers and people on the payroll. Without any revenue coming in, their jobs will be impacted. That figure would be approximately Rs 10 crore,” an IPL team executive had said. Then there’s the television deal with Star Sports with the board potentially having to return Rs 1,500 crore.

The Indian Super League (ISL) football final was held in an empty stadium in Goa on March 14. The I-League season was halted on March 15, with the Neroca vs Chennai City 2-2 draw becoming the last match of the season. The season was eventually called off with 23 matches left and Mohun Bagan were crowned champions.

With events getting cancelled in tennis, there has been a concern that lower-ranked players who depend on competitions will be financially hit. “If you’re not in the top 100, you will struggle,” Vijay Amritraj had said.

India’s Sidharth Rawat, who is ranked 438 in the world, had said that he could sustain on his savings till September or October. “After that, I’ll be struggling,” he said.

Among the Grand Slams, Wimbledon has been cancelled, while the French Open has been postponed till September 20.

Olympic sports are divided into five categories, and each international federation receives money from the International Olympic Committee (IOC) depending on their audience and size, with those in top-most bracket receiving around $40 million and the lowest getting $7 million. With the postponement of the Games, the IOC is likely to freeze these payments. This, in turn, is set to affect the ecosystem of several sports in India.

“It (the financial slump) will hit us. The question is how big will it hit us,” International Hockey Federation (FIH) CEO Theiry Weil said.

Top Indian athletes across sports are unlikely to be hit financially, with the Sports Ministry having promised that their out-of-pocket allowances, monthly stipends and their training-and-competition expenditure will not be hit. However, spending will be cut on infrastructure projects.

“We will have to live with the threat of the coronavirus,” said Desai from Deloitte, and warned that sports might never return fully to the way it was before 2020.

The first step towards initiating a return to normal will be for the respective sporting bodies to sit with the government and chart out their road maps, Desai said. He said there were two ways in which the return to normalcy will play out. The first is that fans are allowed back and that social distancing norms are maintained in stadiums.

Medical experts have said the plan to do ‘mass testing’ of players and officials on the sidelines of tournaments is impractical at this stage and therefore so is a return to sports.

The other is that sports be held in empty stadiums for the foreseeable future, with a focus on improving the viewing experience for the fan. “More analysis which appears on the screen, using Artificial Intelligence to customise fans’ experience are some of the changes we could see in broadcasting,” he said.