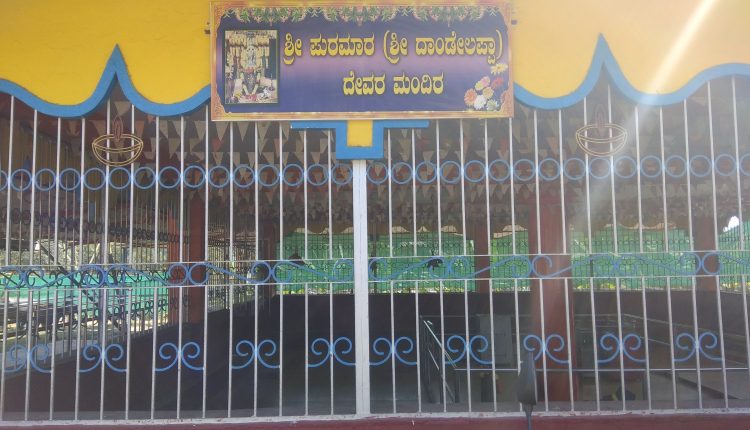 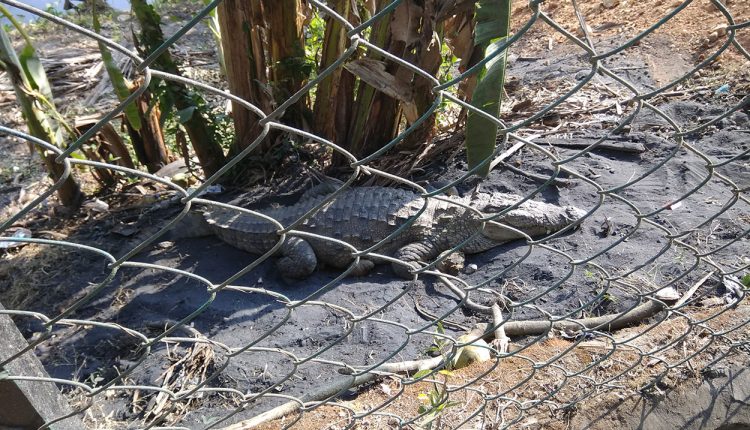 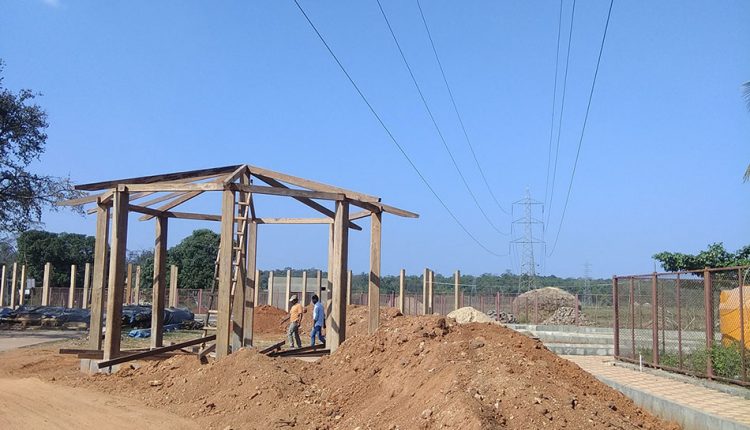 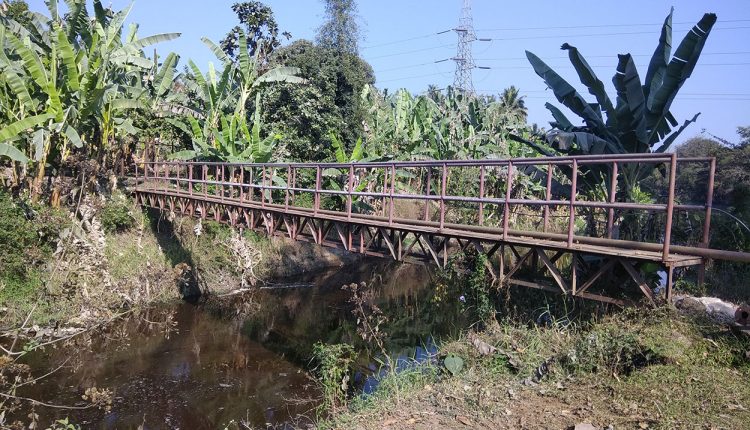 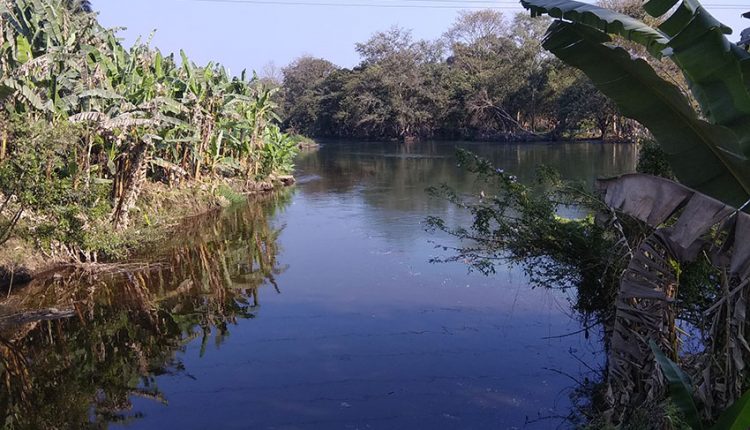 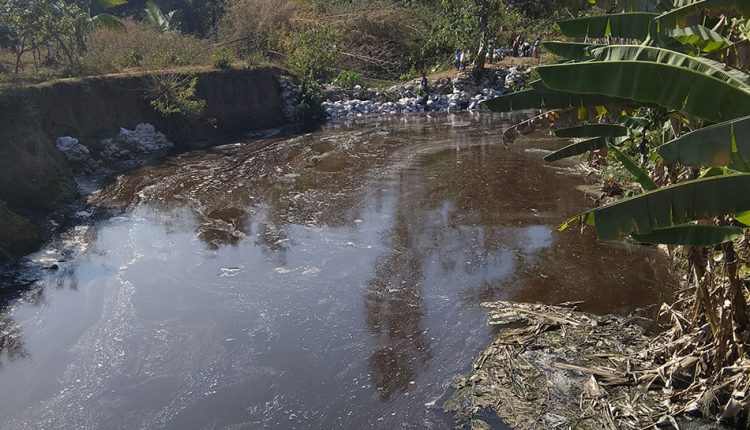 The Uttara Kannada (U.K) district in north western Karnataka is known for its scenic beauty and its rich flora and fauna; scenic locales; a long coastline starting from Karwar, Ankola, Kumta, Honnavar and Bhatkal and the Kali river which flows 184 kilometres downstream from its place of origin in Diggi and merging with the sea at Karwar. The river in its journey offers some spectacular sights and one has to experience its flow. At Supa dam, where Kali river gushes out and flows downstream, a host of activities are offered to the visiting tourist and they can go trekking, cycling, go on a safari,  enjoy water sports like kayaking, choose from long and short rafting, or just relax and soak in the sights and watching the flowing river.

At Dandeli and its surrounding areas has tourist infrastructure like home stays, jungle stays, resorts, tour and taxi operators, hotels, lodges and restaurants and the local economy is largely dependent on the tourists visiting the place. The local people go out of their way in making the lives of the visitors comfortable and earning their daily bread through tourism. Tourism can be rightly called as a ‘Green Economy’ as the entire business is built around the natural environment and brings revenue to the people associated with it.

After tourism the other largest employer in Dandeli is the West Coast Paper Mill (WCPM) Ltd. and most of the people now settled in Dandeli work in the paper mills. But there is also a dark side as WCPM in spite of giving employment to people from different parts of the country is also the largest polluter and has been operating in such a manner ever since.

The West Coast paper Mill (WCPM) is one of the major causes of polluting the river and affecting the flora, fauna and human life. The residents of Dandeli are aware of the damage caused to the environment but ignore the facts and are in denial mode. On the stretch from KC Circle, Dandeli towards Haliyal the stench from the paper mill is all pervasive and unbearable to the visitor and the foul smell hits the nostrils as soon as one enters from this side.

Dandeli is named after the presiding deity Dandelappa and the temple lies on the Dandeli-Haliyal main road and one has to travel inside to offer prayers and pay respect to the legend who lost his life because of his commitment, integrity and loyalty. A temple dedicated to Dandelappa is visited by devotees from far and wide; and their visit to Dandeli is complete only when they visit the temple is a strong belief held by the locals and outsiders who worship Dandelappa and hold him in high regard. The other interesting part is the Crocodile point in front of Dandelappa temple at Kerwad (Halmaddi) and one can see the pre-historic reptiles basking in the sun in large numbers on the many islands formed in the river. The tourist go to see them by entering the property of Shivaramappa Patil and see the reptiles lying motionless for hours, this is a natural process followed by them since their creation. The male crocodiles are larger in size in comparison to the females.

At a glance one can view around 50-60 crocodiles. The banks of the river touching the property of  Patil’s farm, forms an important breeding ground for the crocodiles during the months of early April-May end every year and the new crocodiles hatch within 65 days period. It is also their permanent place of domicile and can be seen in large numbers during the day and throughout the year.

But while watching the magnificent and powerful beasts of the river, one cannot forget to take note of foul smell and the tourist cannot stand there for even five minutes; the primary reason is because of the industrial (sewage) effluents discharged in to the Kali river by the West Coast Paper Mills Ltd (WCPM). When there is less water in Supa dam and less water available, the river stinks and makes lives miserable as the daily waste generated from the mills is discharged into the unpolluted river. The effluents discharged by WCPM pollutes the Kali river and the polluted (effluents) water dwells in the pure and fresh water of Kali river which flows from  Supa dam and has caused serious health hazards among the residents downstream. The entire city of Dandeli has a foul odour and the stink is unbearable.

The government officials too having noticed the potential as a large number of tourists and the increased footfalls visiting Dandelappa temple and then going to see the crocodiles. Hence large sums of money is being invested in improving the infrastructure around the temple and the crocodile point to cater to the needs of the visitors and making the place presentable to the general public. Funds being spent in making a garden, a pergola and another half round pergola and eight figures of the wild animals found in the Dandeli and nearby regions. A view deck, water tank, water fountain, sand pit, canteen, toilets, bath rooms, a pathway and parking area is also being developed (work in progress) for the convenience of the tourists.

The civil construction work being undertaken by the Public Works Department (PWD) and the upcoming park when completely ready will be managed and operated by the Karnataka Forest Department (KFD). But all efforts to improve the image of Dandeli will come to naught if the issue of pollution and foul smell is not addressed by the concerned authorities and departments and there is a direct threat to the upcoming crocodile park from the West Coast Paper Mills (WCPM). This may cause problems seriously affecting tourism directly and also leading to job losses and causing large unemployment among the people associated with it.

*(The author heard a conversation in a hotel amongst the tourists as to why they should visit Dandeli when it emits foul smell?)

A Questionnaire for the Authorities (Management) of The West Coast Paper Mills Ltd. (WCPM)

*Has the WCPM installed an Effluent Treatment Plant (ETP) within its premises, and since when is it …operational?

*In a day for how long is the ETP functional and does it run continuously?

*When was the BOD plant erected and its present state and running condition?

*How frequently does the State Pollution Control Board (SPCB) visits WCPM?

*How many visits are done by the District Level Pollution Board to WCPM?

*Why have sand bags been put on the boundary wall of WCPM where the effluents (sewage discharge)  merges with the river?

*Since when has the bridge been constructed near the pump house, is it structurally sound and has it passed the mandatory endurance tests?

*Is the highly toxic sewage water tested before being discharged in the Kali river?

*Which are the harmful chemicals discharged by WCPM into the river that causes foul smell?

* Which necessary steps and measures have been taken by WCPM till date to mitigate the damage caused to the environment?

*Why are the public/private properties in the vicinity where the effluents (sewage) are discharged into the waters of Supa Dam catches rust quickly (fences and other metal objects)?

* As the villages downstream from the point where the effluents are discharged by WCPM has seriously affected the residents of those places. What are the health ailments affecting the innocent villagers  and till date how has the paper mill compensated them?

“Truth prevails always. But yes you have to pay a price for that.”, Dr Kislay…