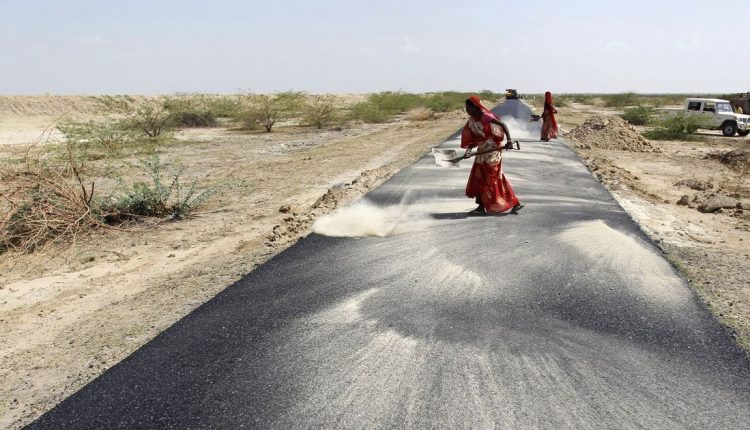 Ever since India opened its market to the world our society at large has seen a paradigm shift in its social and economic fabric of life. Globalization heralded a different era for Indian population. Manufacturing, service and other sectors achieved significant growth; however, development was seen in cities and in its vicinities mainly because of availability of suitable infrastructure and man power. This centralized development lead to economic prosperity of cities and its inhabitants, while depriving the same benefits to the rural people, paving the way for ‘digital-divide’. No doubt Green revolution ensured food security, but its desired changes in farmers’ life was more pronounced in areas where irrigation facilities for agriculture was better than in areas where the farmers were rain-dependent. Post globalization era brought in conspicuous changes in the life style of urbanites which over time further widened the gap, as both globalization and green revolution did not contribute much in improving the quality of life of rural folks, especially women. By and large rural women have lagged behind on all fronts. Empowering women is empowering nation.

In the era of “human capital” literacy assumes a significant place in bringing about desirable changes in human attitude, in addition to developing strong sense of self-esteem and confidence. If growth and development indicators, mainly health and education, are considered of rural women the results do not show much of encouraging figures despite the fact that woman are central to every rural household and an authority in decision making. Literacy level has a direct correlation to the economic growth of a nation. In this context education of rural women has a significant role in human development. Socio-economic reports have observed that educated rural women have lesser children than uneducated women. An extra year of schooling reduces female fertility by as much as 5-10% (HDI report, GoK, 2014). It is also observed that children born to a literate mother are healthier. Infant mortality and malnourishment are also observed to be less among the children born to literate women.

Even today many young girls in rural area are married off as soon as they attain 18 years because an unmarried daughter is considered a social stigma. Girls succumb to pressure and give up education for marriage. Thanks to strict law in force; child marriage is more or less eradicated but there are many superstitious customs and rituals still being observed to exploit women.

Before implementing Pradhan Mantri Ujjwala Yojana (PMUY) the government promoted smokeless chulas and biogas. Unfortunately the desired result could not be achieved. Under PMUY, government provided subsidized LPG connections to rural Households (HHs). LPG being still an expensive option, especially for landless and marginal farm HHs, dependency on fuel-wood or other biomass for cooking is seen even today. Households having LPG connections also use fuel-wood for cooking, because LPG is still not treated as cost effective alternative. Hence, it can be said that LPG has not become an affordable option for rural HHs as yet. Fuel-wood and other biomass usage have been affecting health of rural women. It is time the government redesign PMUY to make every HH in rural area completely switch over to LPG. Access to potable water is also one of the factors affecting health of rural women. Situation gets worse in summer as women have to go a distance to fetch water in hot sun. Piped drinking water facility is still a distant dream, especially for villages situated at the state borders. Women from landless households who work as daily wage labourers on other farms earn pittance as wages. Pandemic has further limited the employment opportunities. MGNREGA is considered a much better employment option with respect to job security and wages. It should ensure employment for landless HHs all through the year. There is a huge gap between the urban and rural HHs in terms of annual income level. Central government has plans to double the income level of farm HHs. It should first take into account the landless HHs as they have borne the brunt of government’s apathy for years.

(The author is a DFID Scholar, the United Kingdom and based in Dharwad, Karnataka state, India).