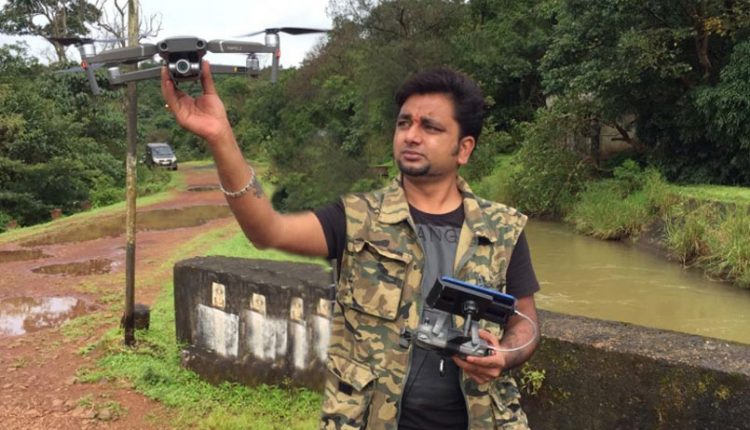 Some take to wings, soar high in the sky and defy gravity by flying planes, choppers and are popularly known as pilots. Then there are those who fly and capture the best panoramic views and make memories last a lifetime and are getting recognised today as ‘Drone Pilots’; they control the aerial movements of the drone mounted with a camera by using a remote control (RC) below. Their numbers and tribe increasing with each passing day and are sought after at small and mega events, and no function is complete without them. Every big city with good educational and industrial infrastructure needs high degree of skills, professionalism and technology to leave a mark in different fields and drone pilots today have become the talk of the town by the services they offer. Drones are a value addition to the existing technology and are no longer considered a luxury; they are a must have for all types of private and public events for capturing stolen moments and also for the excellent footage they capture.

Belagavi in north Karnataka is also home to drone pilots and one of them popular today is Vikram Naik of Airavata Creations, who is slowly climbing the ladder one rung at a time. He passed out from the Science stream and after completing XIIth, he got his Diploma in Animation after a three years course. He worked in Bengaluru and was an Assistant in Direction cinematography and later on added to his experience by working in a relatives business of digital media and advertising in Koppal. Since 2018, he has specifically taken to drone shoots as a duck takes to water.  His interest in flying drones was through flight video games (Play Station) he learnt as a child and his passion for flying. He also added that “his mother has been a pillar of support and inspired him to fly solo and establishing himself on his own and be independent”.

The equipments operated by him are: Drone DJI Mavic 2 Zoom with 2X optical zoom and 24MP camera with 4K recording equipped with 128GB memory card. He has a certificate with permission to fly from Digital Sky Certified Drone and renews his annual licence fee by paying the said amount. The Drone Pilot Licence comes with three months training period. Vikrams’ services are sought after at pre and post wedding shoots; at baby shower functions; and one take his package which includes Corporate shoots/ short films/feature films and all types of aerial shoots using drone. He can be contacted on social media platforms like FB and Instagram.