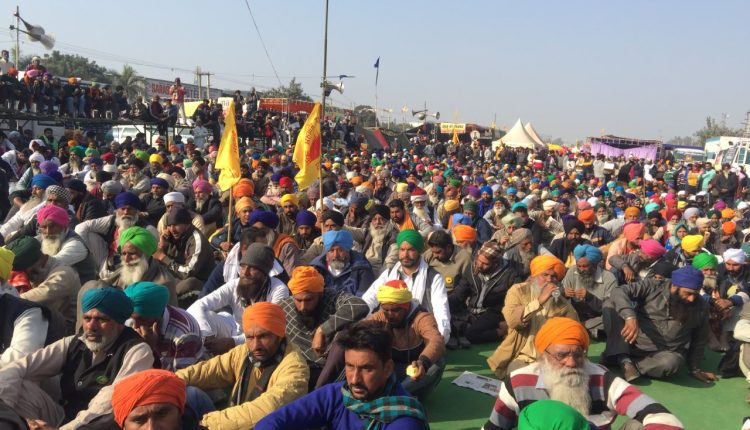 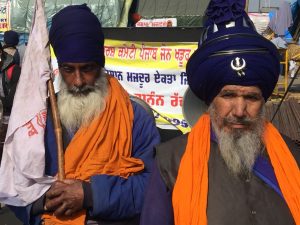 One of the longest peaceful protests by farmers in the Modi regime is taking place on the outskirts of Delhi. Farmers basically from Haryana and Punjab are in a sit-in dharna at the National Highway 44 (NH 44) where it enters the capital city of Delhi. Their woes are many but the recent and the most pressing one is, seeking statutory status to the minimum support price or MSP. They also want the repeal of the three farm laws passed in the Monsoon session. The government doesn’t want to do it and farmers would accept nothing less than that; the indefinite dharna results show no signs of relenting. The deadlock continues and after five rounds of talks in the past three weeks since the farmers came to Singhu border, the government has no clue about how to resolve the impasse.

The agitations under the Modi government are no new phenomenon. The Modi government came to power in 2014 and then in 2019 under Prime Minister Modi. It has seen several agitations in one form or the other. It was only last year that the intention to launch the NRC and CAA resulted in massive protests across the country. The people, especially minorities resented the bill as they thought it aimed to strip them of their nationality. The minorities in Assam and elsewhere took to streets which culminated in what is now known as Shaheen Bagh protest.

CAA became the law, eventually, but people from all walks of life came to protest it. The Shaheen bagh became a symbol of protest. It continued unabated for months despite government efforts to discredit it and not paying any heed to it. It was left for the corona virus pandemic to finally evacuate the protesters. The students, teachers, workers, and even the government employees have been protesting for one reason or the other ever since the Modi government came to power.

Shaheen Bagh was perhaps the model other protestors are now following. They feel it is important to stay put for long as the government would not concede anytime soon and second it must be peaceful else the government and its lap-in media would discredit them. They would call them anti-national, terrorists, urban-Naxals and what have you. The protesters at the Singhu border are playing by the protest manual written at Shaheen Bagh. They have come prepared for a long haul. Maintain perfect peace at the protest venue, and are very alert about the efforts to discredit them.

Indeed, it is people’s democratic right to peacefully protest against the laws and policies they disagree with. And they have constitutional leverage to present their case to the government. The biggest protest in recent times has come in the form of a farmer’s protest being held at the Singhu border of New Delhi. Thousands of farmers from Haryana, Punjab, Rajasthan even as far as Maharashtra, and Karnataka are protesting against the three farm bill.

“These laws are draconian and aim to sabotage the Mandi system and hand it over to the corporate. Initially, the farmers had been protesting about the MSP, which they want should be made legal. Interestingly, the farm bills are silent about MSP. “they are giving us things we never asked for. They do not want to give us MSP; they want corporatization of the country’s agriculture” Say, Sahajdeep Singh, a young farmer from Rajasthan. Hardly any discussion preceded the passing of the bills. The three bills in Rajya Sabha were passéd by the voice vote. Despite the opposition’s demand for proper voting.

The highway has turned in to a small makeshift township. With langars, or the community kitchen serving the protesters and visitors alike and thousands sitting in dharna, more groups are joining as news of protest spreads across the country. The teachers, students, and lawyers can all be seen in the support of the farmers. The farmers as old as 80 years are living in the trolleys attached to the tractors they came in.

It is also a sight of communal harmony and bonhomie. A Muslim group is providing the langar of veg biryani and shouting slogans against the government with the Sikhs and Sikhs stand guard when they offer prayers. A group of young urban girls drive from Ludhiana to the Singhu border to support the protest. “we are not farmers but we like everyone else are connected to farmers”, said one girl in the group.