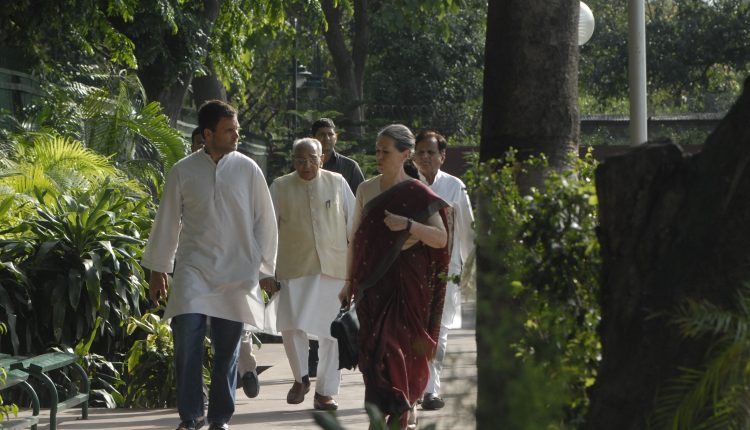 The political space in India today has become one sided with the BJP government in power at the centre and in most of the states.  They’ve been setting the agenda and do what’s good for their  party and the masses follow without questioning them. And on the other side of the political spectrum is the country’s grand old party and everything’s going wrong for them post the general elections in 2019, and the Gandhi’s seem to have lost the Midas touch and mass connect. The Congress party today is in the same position that the BJP was in from 2004-14; and post 2014, the BJP’s fortunes have changed and they are in an unenviable position today.

What changed the fortunes for the BJP was the leadership changed hands and the D4 (gang of four Delhi leaders) were sidelined and an outsider from Delhi took the reins of the party; he singlehandedly steered the party  to victory in 2014, and repeated the same performance and improved the numbers again in the 2019 elections. Prime Minister Narendra Modi is the present day Hindu Hridaysamrat, BJP’s mascot, mass leader and an excellent orator. PM Modi along with Amit Shah, form a deadly combination and are a formidable election winning machinery. They are ruthless in their conquest and consolidate their positions and at times pulling victory from the jaws of defeat.

The Congress party and Rahul Gandhi are no match for the duo of Modi-Shah and their large dedicated cadre ready to obey and execute their every command.  The social media army of the BJP has painted the Gandhi scion in the worst available colours and names and is a picture of ridicule,  and their trolls ready to pounce on him at the slightest pretext. Rahul Gandhi’s image portrayed as lacking in seriousness; seen failing in planning and execution of plans; and seems to have lost the battle of perception and seen fighting a lonely battle and the outcome is all too clear. The Congress party is now run by an interim President the family based party is surrounded by a coterie.

Post the 2019 elections, the BJP formed displaced the Congress-JD(S) alliance and formed the government in the southern state of Karnataka under B.S. Yediyurappa. It faced a tough fight in the assembly elections in Maharashtra, and the government there was formed with the alliance of Shiv Sena (SS)-Nationalist Congress Party (NCP) and the Indian National Congress (INC). This was a consolation price for the Congress party and they were able to keep the BJP out of power in Maharashtra. In Delhi, the Aam Aadmi Party (AAP) of Arvind Kejriwal also repeated his past performance and in spite of BJP’s hard work and use of the entire official machinery it did not get the desired results. Post the Delhi elections, riots followed in February during US President Donald Trump’s short visit to New Delhi.

The Congress again snatched defeat from the jaws of victory when it failed to address Jyotiraditya Scindia’s grievances and he finally had his revenge.  In March, the Congress party lost the state of Madhya Pradesh (MP) due to the rebellion of Scindia and the BJP formed the government under Shivraj Singh Chouhan.  In March, came the lockdown to control the Corona pandemic and then followed diya jalao-thali bajo show of PM Modi. The people faced innumerable hardships during the national lockdown in reaching their hometown and the well off citizens appreciated it as they had few worries. The month of July is witnessing the rebellion of Rajasthan’s Dy. Chief Minister, Sachin Pilot, as he’s miffed with the notice sent to him by Chief Minister Ashok Gehlot. Whatever decision Pilot takes will have a lasting effect on the future prospects of the Congress party and will erode the party’s credibility further. The message sent out to the youth in the country is that there’s no internal democracy and scope for young regional leaders with aspirations, and the senior leaders in the party have the last laugh. The Congress party has given the BJP another issue on the platter to beat it. Those wanting to join politics and thinking of joining one of the national parties may think twice before joining the Congress party.