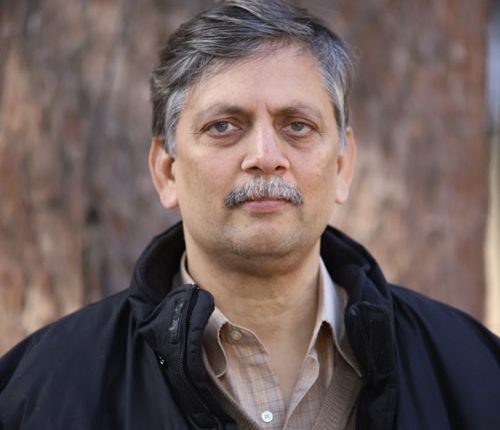 Gyaneshwar Dayal is a documentary filmmaker and as he called himself an Audio Visual Activist. He has made several documentaries in the last twenty years and has been known for his rather blunt remarks. He has made documentary on varied subjects ‘Terminated Childhood’ on the children of Bhopal Gas Victims;  Persona Non Grata on the plight of Indo Bangladesh Enclave dwellers and ‘Muktidayani’  –on Environmental degradation in Ganga Basin,  to name a few.  He doesn’t sugarcoat, he doesn’t mince words. He speaks his mind that is expected of a documentary filmmaker. We caught up with him. Here are the excerpts of his interview:

The Flag Post: How do you see the documentary scenario in India?

The Flag Post: Who you think is responsible for it?

Gyaneshwar: Well let me put it this way there are many factors, from historical to political. Remember the Films Division documentary that were shown before the start of a film in the theatres till the eighties. And people thought it was time to go to the restroom and buy chai samosas. Film Division’s documentary put three things in the minds of the people; a) you don’t have to pay to watch documentary. b) Documentaries are boring, and c) documentary film is another name for propaganda films.

Then came Doordarshan and took it to the next level. They commissioned all sorts of films which were so badly made that people wouldn’t watch them even if they were paid to. They commissioned films like ‘Forts of India’, ‘Fruits of India’. The choice of subject and the treatment both were terrible. The filmmakers and Doordarshan officials had a good time while the viewer was left with a bitter taste. Now in the era of private TV channels and multiplex, it could become a good experience yet nothing happened. They want to steer clear of controversy and avoid all inconvenient truths that could disturb the powers that be. It takes guts to make a documentary and even more to show it. So the TV channels show infotainment programs in the guise of documentaries.

Gyaneshwar: It depends on how you look at it. To me, documentary filmmaking is audiovisual activism which is to bring about a positive change in the society and unearth the bitter truths people don’t even know, let alone think about it. Informative documentaries are documentaries indeed; they inform and entertain. But I take a much-skewed definition of documentary. If you are happy watching a documentary on Indian Monkeys as it entertains you, good for you. But for me a thirty-second clip of man lynched by the mob for not saying “Jai Shree Ram” is a far more powerful documentary than a well crafted thirty minutes film on Monkey thieves on National Geographic. A true documentary like true literature should stir your conscience.

The Flag Post: What you think is the way out?

Gyaneshwar: First and foremost is the mindset. We have to work towards telling people that documentary film, like other films needs money and effort to make. And the creator must be paid for it. Until unless we somehow make people buy tickets for documentary, things won’t change. If there were theatre releases, DVD releases, and paid downloads of documentaries, within months the whole scenario will change.

If theatres could show a 45 minute documentary within gaps of showing the feature film even in big cities, it would recover most of the money as the cost of a documentary is a pittance. In the cost of one shooting one Bollywood song & dance sequence, you could make ten documentaries. A theatre ticket costing just 25% of the theatre ticket would be enough to bring in the audience and a digital download of Rs 10 which equals the cost of the teacup isn’t asking for too much!

The Flag Post: Is institutional funding not the way out?

Gyaneshwar: To my mind institutional funding/ commissioning is not a solution. For one it inculcates a culture of entitlements and corruption, second it kills the spirit of a documentary. Documentary films to me are a vehicle of change; that could trigger social and political movement. They are about unearthing social evils, political inconsistencies, and economic conspiracies. When an institution funds it furthers its agenda rather and dictates its values to the filmmaker which the filmmaker must oblige.

Documentaries even funded by NGOs end up being their PR exercise. Ideally, there should be a bank loan available for the documentary filmmaker; this could be through an institution which the filmmaker must pay after releasing his film. To hedge the risk there could be insurance and other such financial checks and balances. This would ensure that a documentary filmmaker is free from any external pressure. The filmmaker on his part would do his best to make it watchable as his success depends upon the audience’s acceptability of the film. A win-win situation indeed for the documentary films, filmmakers and viewers.