Up in The Air: Romancing The Skies 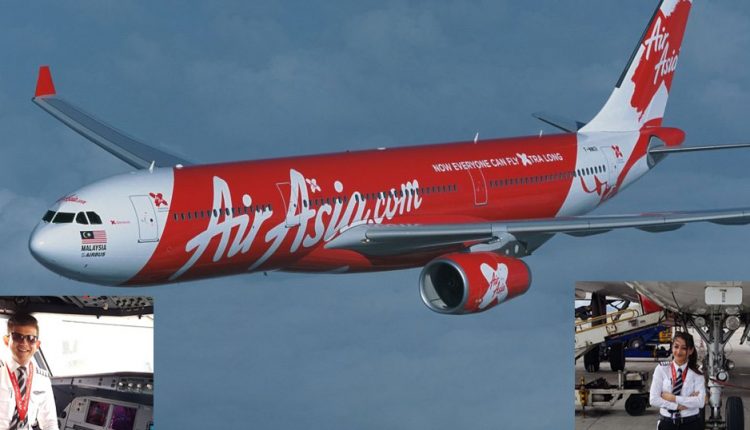 Two of the most stressful jobs in the world are that of a surgeon and of a pilot. Both take a heavy toll on their lives, while it may give them astronomical salaries. I like to recall an anecdote related to me by an IAF pilot, who had retired, because of the stress of flying. His job was to drop supplies to freezing soldiers in the glaciers of Siachen. Sorties are done during the day. But sometimes, when the sun shines brightly, it results in a whiteout and it’s extremely difficult to see anything. Blinding.

A press photographer took months to recover after being exposed to a whiteout and still suffers from the trauma. The IAF pilot told me that once he had to return to base from Siachen and at more than 30,000 feet in the air, a long flight can be quite frightening. On a clear-cut moonlit night once he had an eerie feeling, which he described as: “Life …. It’s between me, the empty sky, God and a prayer…. reach me safely “.

In a country, where the government has opened up the skies to private airliners a trifle too fast and several shakeouts from 1991, has seen many airlines fall by the way side and only ones with deep pockets have survived. There is an extreme shortage of pilots and the number of airlines is just limited to premium Air India, Vistara, Air Asia, and budget airlines Spice Jet, Indigo, GOAir, and premium airlines. Kingfisher collapsed and Jet Airways, with the longest flying history among private airlines, has virtually gone bankrupt. Recently even state owned IOCL declined to supply fuel to the state-owned entity Air India at a dozen locations for not clearing their fuel dues.

With the passenger traffic increasing day by day, airlines increasing their fleet, more and more modern airports have come up. In some metropolitan cities like New Delhi and Mumbai having as many as three terminals; India is stated to become the 3rd largest air hub in the world, jumping to number two position after United States by 2020. In such a scenario, airlines are desperate to look for pilots and there are not many to find. So, the hunt has ended in inducting many young aspiring pilots, who want to romance the sky literally. Before them, many IAF pilots were grabbed up in the middle of their careers after they secured a commercial pilot’s license.

There is a humorous anecdote of a foreign tourist wanting to look at the pilot, who was flying her to her destination. When she encountered a young lad with a baby face, she said “I ain’t gonna  take this flight”, age has nothing do to with flying, it’s the flying experience. And this pilot in reference already had 11 years of flying a commercial airliner and that too advanced aircraft such as Airbus and Boeings. The word 11 years comforted her and she took her seat.

Let’s read the story of a young pilot couple, husband and wife, both working for the same airline Air Asia. Both fly  domestic and overseas circuits in shifts than can extend to a marathon 12 hours on some occasions, when a fellow pilot falls sick. Prateek Jain and Akershita fly regularly on-Air Asia on both domestic and overseas circuits. They started very young to pick up experience and trained abroad spending enormous fortunes to realize their dreams of romancing the skies, which ended in their romance as well and are now a married couple stationed in Bengaluru. They had long been flying for IndiGo airlines.

Often the stress of flying outweighs the high salaries pilots earn. Salaries range from anything between a very young pilot who is paid Rs five to six lakhs to Rs 20 lakhs pa for a senior pilot. If the pilot has a family it can be one helluva job running it, if both are flying. Prateek and Akershita have just started life together and don’t have children but a lovely little dog that can go berserk when they are not at home.

Prateek’s desire to become a pilot actually took seeds when he was first an automobile enthusiast as a kid. Then the gear shifted to a fascination for planes and a passion for flying when he reached high school. Studying to be an engineer, he was highly influenced by his peer group, two of whom, pursued a career in flying. Intrigued, the idea of flying instantly grabbed him and as it sounded fun and the idea of speed and handling a niche mode of transport excited him. Akershita was adventurous by nature and could never see herself in a 9 to 5 job in an AC office. Life was outside and off the ground. She wanted to become an astronaut but instead settled for being a pilot as the country encourages women pilots.

Says Prateek: “So I spoke about it with my family who were very supportive of my plans and loved the idea as much! The rest, as they say, is history. My parents were also open-minded about our rights as kids and what we wanted to do. My father did have a few apprehensions about the fact that I was going to pursue flying right after Class 12th and wanted me to become an engineer first. However, when I told him that I wanted to do this right away, he was happy to support me and my decision. They went around with me to find out the how’s and the processes, schools etc. I was quite blessed that way! My father had no hesitation to cough up a huge amount for my training in USA”. He trained at the Flight Safety Academy in Florida for his commercial pilot’s license. (CPL). It was recession time and enhanced costs added to training costs. I trained on AirBus 320 type rating in Madrid, says Prateek.

The most exciting moment for any pilot , in this case Prateek, is being the commander of the aircraft and flying over 150 -200 passengers to their destinations safely. “It was definitely remarkable because I can’t forget it. My wife Akershita, then my fiancée and my sister were all on the flight to encourage me. “As far as handling the flight is concerned, I remember feeling very proud and overjoyed even as I was nervous and praying that all went  well. Do pilots have butterflies in their stomach before every flight, especially long hopping ones? “ No, we don’t have butterflies in our tummy before every flight as we pick up more experience, but certainly God is our guide and we do pray every morning”. Believing in God is not to be confused with believing in yourself. I completely trust my skills, acumen and experience. That’s the only quality work we do”, he said.

On the other hand, Akershita says that she is highly focused on her flight studying weather conditions at the destination airport and preparing for any eventualities of equipment failure. Adrenalin just rushes through your blood when you speed from zero to 300 kmph before takeoff, she says adding, air turbulence is the main challenge caused by global warming but both Airbus and Boeing type aircraft have modern equipment to take care of this to guide the pilots.

As passengers sit in the flight and catch up on lost sleep, or watch movies on their laptops or Ipads, or do cross words or read a best seller, for the pilot, Prateek says, every day poses a new threat and a new risk.”  I remember a flight, where due to an extremely dangerous weather phenomenon called wind shear, which has resulted in plane losses in the past, we were unable to land on two different runways at an airfield. It can certainly take you by surprise, if one of these wind shear warnings starts sounding at low altitudes, the reaction time has to be extremely quick to escape to steer the plane with passengers to the safety zone. “We ended up diverting to an alternate airport. Such situations are always tricky, because fuel carried onboard is limited and the weather poses a big threat.”

How do airhostesses cope with such emergencies of extreme bad weather such as wind shear or severe air turbulence of plane negotiating thunder bearing clouds? For many first-time fliers on our flights this can be moments of severe anxiety, pilots such as Prateek have taken the time to calm such people. Generally chatting with them a bit can be reassuring. As for dealing with difficult passengers, there are rules for the cabin crew to carry out. But the ultimate responsibility lies with the commander of the aircraft.

It’s common for doctors and engineers to get married finding love on the campus, but for pilots? Prateek and Akershita met each other in the cockpit when the former was operating the flight and the latter observing. “We fell for each because of our common interests and our love for pets and eventually it led to marriage. Life as a pilot couple can indeed be tough because it means, finding time for each other, and pursuing our common interests.

Impress Your Date With Perfect Style At Samshék