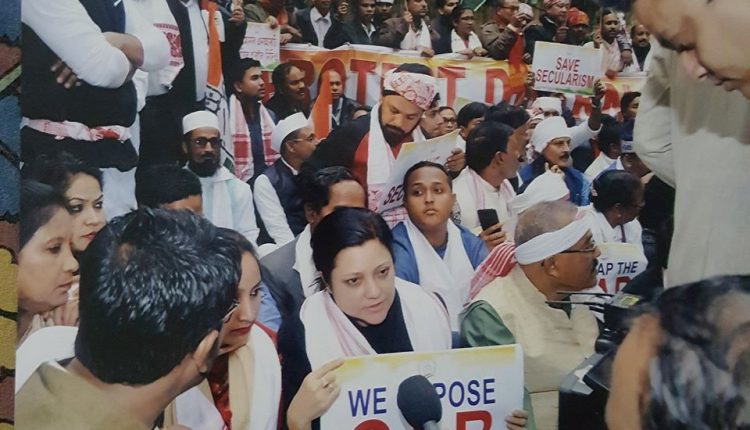 The passage of the Citizens Amendment Bill by Parliament making it an Act and the move to have the National Register of Citizens (NRC)  nation wide has indeed set on fire almost the entire country and even made allies of the BJP-led NDA like Akali Dal coming out in support of the agitators as also BJD of Odisha Chief Minister Naveen Patnaik who had voted for the bill.

Seeking to counter this agitation spearheaded by students sparking off from Jamia Millia in the capital to Aligarh Muslim University (AMU), the Ministry of Home Affairs released a  five-page document answering questions ranging from whether CAA affects any Indian citizens, if any Muslims from Pakistan, Afghanistan and Bangladesh can ever get citizenship, and whether CAA will gradually exclude Indian Muslims from Indian citizenship, among others.

However, the criticism against this move by the government is that the CAA 2019 has done for the BJP what 68 years of attempts by various incarnations of the NRC – especially 1951 and 2019 – failed to achieve.

By conspicuously excluding Muslims from the list of six “persecuted minorities” of the three neighbouring states of Afghanistan, Bangladesh and Pakistan who entered India on or before December 31, 2014, the BJP has aggressively pushed its long standing commitment to correct a perceived historical wrong committed by Partition and to establish India as a homogenous Hindu homeland.

Home Minister Amit Shah in West Bengal in April 2019 — prior to the introduction of the Citizenship (Amendment) Bill —  had said : “The CAB will come, all refugees will be given citizenship, and after that a National Register of Citizens will be formed. Refugees do not have to worry. Infiltrators will surely have to worry. Understand the chronology: first CAB, then NRC, and NRC is not just for West Bengal but for the full country. Infiltration is a country-wide problem. It’s a more acute problem here for Bengal is a border state.”

The  CAA is relevant only for Hindu, Sikh, Jain, Buddhist, Parsi and Christian foreigners who have come to India from Pakistan, Bangladesh, and Afghanistan only on account of persecution based on their religion. It also states that it is for those who have arrived in India prior to December 31, 2014.

It says CAA “does not apply to any other foreigners, including Muslims migrating to India from any country including these three countries.”

While the religious criteria is very clear in the CAA, but, what is of concern is that any other form of persecution — such as on the basis of race, gender, membership of a political or social group, language, ethnicity — will not be covered. “The CAA is a very focused law which deals specifically with foreigners of six minority community groups hailing from three neighbouring countries which have their distinct state religion,” it stated.

It addresses the criticism about the systematic exclusion of Muslims, but maintains that Muslims are not being excluded from Indian citizenship and that the Act will “not apply to any Indian citizen”.

The Centre has promised to implement NRC across India by 2024. The NRC requires a person to establish that they are a citizen of this country. However, the criteria for who is eligible to be on the NRC is yet to be announced.

The CAA guarantees a path to citizenship for Hindus, Buddhists, Sikhs, Parsis, Jains and Christians for people in these three countries. So if the country-wide NRC renders non-Muslims stateless (like it did in Assam for Bengali Hindus), they could get citizenship because of the CAA if they are from Afghanistan, Bangladesh or Pakistan and entered the country before December 31, 2014.

However, Muslims could be discriminated against if their names do not make it to the NRC list as they would be considered illegal immigrants, and would not have CAA to rely on.

Constitutional lawyers have called both these legislations unconstitutional for it determines citizenship on the basis of faith. They have stated that it violates Article 14 of the Constitution which guarantees equal protection of law to all persons, not just citizens.